A Renault Clio Cup is built in accordance with Renault Sports and the philosophy of other single-make classes which is as many standard parts as possible from the manufacturer’s shelf. It is about economy and the control of costs.  A Cup car is built from a standard chassis by Renault Sport in the Alpine factory in the coastal town of Dieppe in north-western France. In this sense, it is a competition car built completely from scratch. The engine, turbo and drivetrain are all sealed and the suspension may not be modified either.

An exciting curiosity is that those responsible at Sport have contacted Peter Larsson for a consultative technical development role for handicap-accessible controls in the Clio cars. Watch this space, as it is called.

As a brand, Renault has been involved in motorsports every year with more or less advanced single-make classes, all with an international career ladder; and in 2016, they are also returning as a fully-fledged factory team in Formula 1. 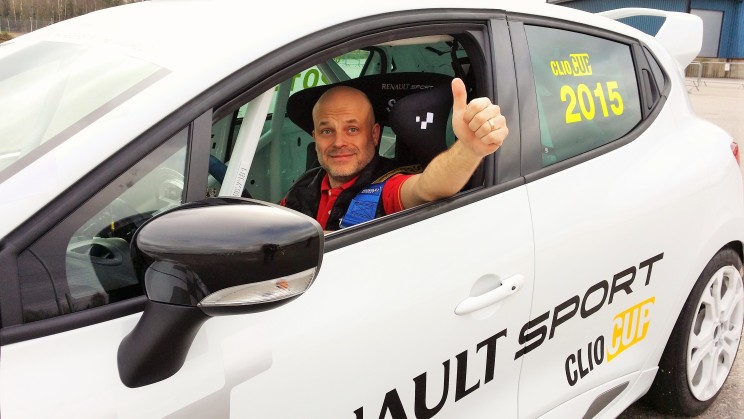